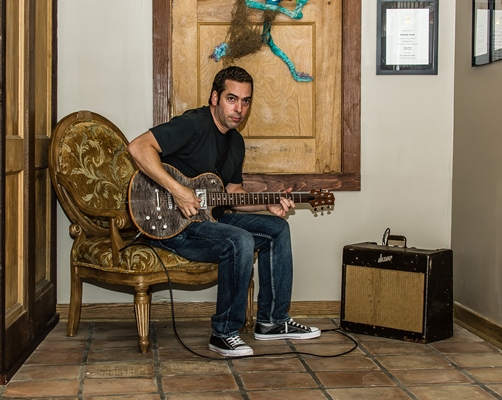 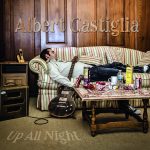 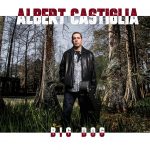 Rock ‘n’ roll is a conveyor belt. Every year, another bright young thing, famous for a finger-snap, then forgotten forever. Albert Castiglia has walked a different path. As the man who once sang, “The road to riches is playing guitar, that’s why I’m living inside my car”, he’s spent two decades climbing the greasy pole and paying dues with interest.

Born August 12, 1969, in New York, he was a product of that city’s great melting-pot community, the son of a Cuban mother and Italian father. At five, the family moved to Miami, Florida, and when the twelve-year-old Albert took his first guitar lesson, a spark was lit that couldn’t be snuffed out.
Even so, bills needed paying, and although he made his professional debut in 1990 with Miami Blues Authority (and was later named ‘Best Blues Guitarist’ by that city’s alt-music magazine, New Times), Albert juggled early gigging with his day job as a social services investigator. Regardless, word spread, and Albert truly arrived on the international radar after Buddy Guy’s iconic harp-blower, Junior Wells, heard the young bluesman sing and invited him into the solo band for several world tours. The gig was a shop-window, and though Wells sadly died in 1998, Albert stayed busy, joining the great Atlanta vocalist Sandra Hall for national tours in the late-’90s, and holding his own in onstage jams with everyone from Pinetop Perkins to John Primer.
For a lesser talent with lesser momentum, that role as sideman and gun-for-hire might have been enough. Right from the start, though, Albert had a creative itch that only a solo career and a songwriting carte blanche could scratch. So it began, with 2002’s Burn opening his account, followed by 2006’s A Stone’s Throw, 2010’s Keepin On and 2012’s Living The Dream.
Each new release was a step up, hammering home Albert’s reputation and ensuring there was plenty of classy material to fuel his increasingly well-attended live shows. In 2014, came Solid Ground. Surfing on the buzz from press and public, supported by a major touring campaign and bolstered by Ruf’s marketing muscle, this album is a giant leap. Now, in 2016, Big Dog ups the ante. "I think this album is a major game-changer for me," Albert says. "No matter what happens after Big Dog's release, I'll always be proud of it. When we tour this album, you can expect a balls to the wall, rockin' blues show. Except what I've always given you - my 100%..." You can keep your bright young things and your overnight success stories. Albert Castiglia is a talent built to last.