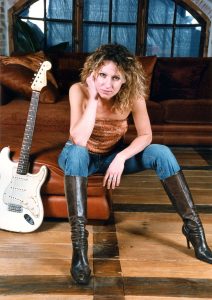 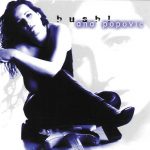 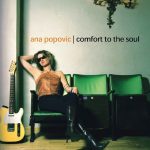 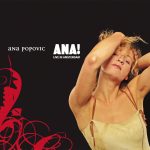 Ana Popovic is one of the most promising young Blues talents of today. She was born in Belgrade, Yugoslavia in 1976. At the age of 19, the singer and guitarist founded her first band “Hush”. Several years later, she has reached enormous popularity with club- and festivalgigs all over Europe (especially in The Netherlands, where she now lives) and even in the United States. Ana Popovic will surely make her way to the top ranks of the European Blues scene – she’s got the necessary chops, charisma, enthusiasm and energy. Her live program is a winning mixture of traditional Blues and elements of R&B and Soul: blues rock of the 21st century, guaranteed to thrill any Blues audience!

“Popovic has a playful, yet admirable sovereign way with Jazz, Soul and Tradition …” (Rolling Stone)

In the blues, years or even decades of "payin' dues" is the norm. Most blues musicians toil in relative obscurity, and those that have been at it a while wear their struggles like a badge of honor. By those standards, Ana Popovic's rise has been meteoric. Within five years of leaving her native Yugoslavia, the 29-year-old singer/guitarist has played all major European music festivals like Peer, Bishopstock and Notodden. She has shared stages with Bernard Allison, Kenny Neal and Solomon Burke and recorded with hitmaker Jim Gaines. Perhaps most impressive of all is her W.C. Handy Blues Award nomination for Best New Artist of 2003 - a rare honor for a European blues artist.
Ana Popovic was born in Belgrade in 1976. Her father first introduced her to the blues, through an extensive record collection and sessions hosted at the family home. Ana took to the guitar and founded her first serious band at age nineteen. Within a year, she was playing outside of Yugoslavia and opening shows for American blues icons like Junior Wells. By 1998, her band was doing 100 shows annually and appearing regularly on Yugoslavian television. Her debut CD, "Hometown", provided a first glimpse of her talents as a singer and guitarist.
In 1999, Ana relocated to the Netherlands to study jazz guitar. She quickly became a fixture on the Dutch blues scene and soon ventured into neighboring Germany. Ruf Records took notice and a few months later, she was on a plane to Memphis to record her successful debut album on Ruf Records, "Hush" (released in 2001). Since then, Ana's star has been rising like mercury on a Mississippi summer's day. With "Comfort to the Soul" (2003), Popovic took her burgeoning career to the next level, she delivered another diverse package of blues, rock, soul and jazz. The album makes one thing clear. Ana Popovic is not about recycling worn-out clichés. Her blues are fresh, positive and genre-expanding.
Now she's back with a brandnew live album - "ANA! Live in Amsterdam" (2005). It was recorded at the Melkweg in Amsterdam/ Netherlands. The refrain of her first song "Don't Bear Down On Me" can be taken straight away as the motto of the whole evening: "I'm Here To Steal The Show". And indeed, that's what she does! 29-year-old Ana Popovic proves with her own songs and fresh interpretations that she is an excellent and expressive guitarist with a powerful voice. The most impressive aspect of her music is its diversity of techniques and styles - smoking electric funk slide guitar, jazzy instrumentals and tight blues grooves.
Clearly, Ana Popovic takes her music seriously. It is her road home, to herself. Or - to paraphrase John Lee Hooker - her Healer. "We're living in a time when everything is rushed," she observed recently. "But where are we in all of this? And where's the music?"