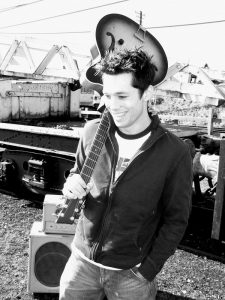 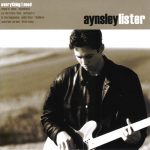 In a world full of manufactured over-hyped pop music, Aynsley Lister is proof that there is light at the end of the tunnel. When all that seems to matter to record company exec’s is looks, the fact that Lister writes and performs all of his own material seems such a waste. The fact that he has the looks as well is just irrelevant. Witnessing him live on stage, what you see is what you get. Powerful, infectious songs performed with the kind of conviction of someone twice his age.

Aynsley has never been an artist to reheat the music of yesteryear. Influenced from an early age by the 60's RnB era, Lister takes these key elements and mixes them with a more current and melodic lyrical approach.

He is one of very few artists playing rocking blues with a modern edge -tangible, heartfelt, soul searching and full of fine songwriting; played with passion and vitality. His hard hitting rhythms and guitar work are reminiscent of a young Clapton.

Since signing to Ruf Records, Lister has recorded four solo studio albums, and two live albums - one solo acoustic and one along with a live DVD for Germanys ROCKPALAST TV show. He has sold over 75,000 records and now headlines many of the major festivals throughout Europe where he has played alongside blues legends such as Buddy Guy, John Mayall, and Robert Cray aswell as big name pop artists such as Bryan Adams and Fun Lovin' Criminals. His recorded work has seen him working with Producers Jim Gaines (Santana, SRV) and Greg Haver (Manic Street Preachers, Catatonia)

In more recent times 2006 saw Lister recording in Clarksdale, Mississippi and Memphis Tennessee where he worked again with Jim Gaines on the Ruf Records collaboration 'Pilgrimage'. With Gaines producing Lister debut for the label in 1999, it was almost 7 years to the month that they had previously worked together. In September of that year his album 'Everything I Need' was released stateside in preparation for this years debut tour.

UPSIDE DOWN is Lister's fourth studio album and his first to contain all originals. Every aspect and quality that his fans have now come to expect is there, from the raunchy guitar, the melodic voice to the infectious songs but to simply pronounce this release another worthwhile effort would be an injustice indeed: The result is his strongest, boldest and most compelling album to date that could quite easily crossover into the mainstream

"His best album ever" - GET READY TO ROCK

"Upside Down' is a great album" - GUITARIST MAGAZINE

In reality his career is just getting started - he has the ability to reach such a wide-ranging audience from teenagers to folks who grew up in a time when real artists mattered. Right now Aynsley Lister has everything he needs to turn the world upside down...

The personal stuff...
Aynsley picked up the guitar at 8 and played his first gig at 13. One year later on a family trip to San Francisco, he was jamming at 'Lou's Bar' on Pier 49. Brought up on his father's record collection, he had learned to play by ear and would sit for hours in his bedroom playing along to old 45s of Freddie King, John Mayall and Eric Clapton. He spent the next few years honing his craft and would play with anyone, anywhere.

By the time he was 18, he had worked his way through various bands and decided to form his own. The band recorded two albums, but it was the second of these two that started things happening. Aynsley had begun writing and it was the three original numbers of this album that attracted the attention of Ruf Records' head honcho Thomas Ruf. In the summer of 1998, they signed a deal. Armed with an album worth of original songs and a handful of cover's, Aynsley went into the studio with Producer Jim Gaines and set to work of his first major album. It would prove to be the start of a long and fruitful career taking him over the next few years all over Europe ,and working with some of the top names on the circuit.