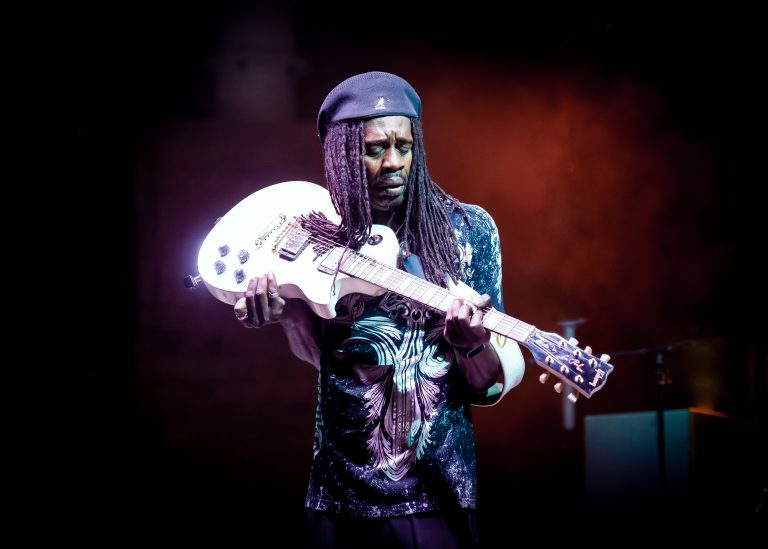 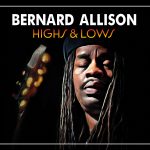 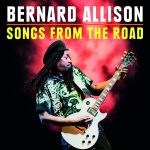 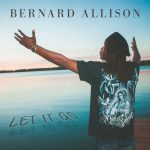 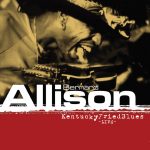 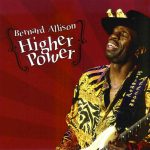 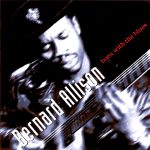 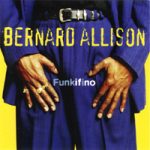 There’s nothing like the sound of a world-class bluesman getting back to business. Last October, when Bernard Allison returned to his old haunt of Bessie Blue Studios, Tennessee, to be greeted by fabled producer and career-long collaborator Jim Gaines, it felt like coming home.

And when Allison fired up the amps, counted in the band and embarked upon his latest studio album, Highs And Lows, everything felt right with the world. “Just to be able to create music again after the pandemic,” he says of that long-awaited rebirth, “was incredible.”

For 56 years, music has been Bernard Allison’s essence. As the youngest son of the much-missed Chicago bandleader Luther Allison, he was a bluesman from birth, naturally drawn to this ancient music that seemed to heal deep wounds, and held spellbound by early encounters with heavyweights like Muddy Waters, Albert King and Hound Dog Taylor.

Shuttled between Florida and Illinois as a child, but never separated from his guitar, by 12, Bernard was a fireball player himself, and at 18, he commanded instant respect as his dad’s guest at the 1983 Chicago Blues Festival.

One week after graduating high school, Bernard cut his teeth on the road with Koko Taylor’s Blues Machine lineup – and ended up staying for most of the ’80s. By the close of the decade, however, he assumed a twin identity, leading and writing for his father’s band, while forging a solo career that exploded in Europe off the back of early albums like The Next Generation (1990), No Mercy (1994) and Funkifino (1995). “My dad always told me,” he says of his talent for splicing blues with funk, rock and R&B, “don’t let them label you like they labelled me, as Chicago blues.”

Across his respected three-decade career, Bernard has certainly tasted the highs. Just ask him for his memories of jamming with Stevie Ray Vaughan on his 16th birthday.“He contacted my mom and said he and Double Trouble were going to surprise me after their show.” Or being given a lesson by the Texas tornado himself, “Johnny Winter sat me down and taught me how to play slide in open tuning.”

But even when the lows bit – like losing Luther to cancer in 1997, just as his career was peaking – Bernard has defied his circumstances. That same year’s solo album, Keepin’ The Blues Alive, might as well have been his mission statement, and Bernard has spent the last quarter-century both honouring his father and exploring his own voice during a flourishing solo career that includes 2018’s highly acclaimed Let It Go. “This album,” noted Blues Rock Review, “shows his mastery of the blues.”

Now, released in February 2022 on Ruf Records, Highs And Lows sees Bernard continue that quest, acknowledge his lineage through two classic songs by his father – Gave It All and Now You Got It – and offer nine new originals either written solo or alongside a tight circle of trusted collaborators.

Of course, Jim Gaines needs no introduction: this production legend has helmed records from stars like Huey Lewis and Santana, not to mention working with Luther and bringing four of Bernard’s past albums over the line (Times Are Changing, Across The Water, Let It Go, and Songs From The Road). But while Gaines’ ear was invaluable on Highs And Lows, just as important was the atmosphere that his rapport with Bernard and the band brought to the sessions.

“Recording with Jim is always an honour and the biggest highlight of any session,” says Bernard. “He’s part of the Allison family, with the relationship with my father and multiple recordings with us both. We have lots of laughs while getting things done. We’ve also got George Moye on bass and Dylan Salfer on guitar from my touring band. Toby Lee Marshall played keyboards on a few tracks, along with the fantastic session drummer Steve Potts, who also played on my dad's recordings. My sax player José James added parts on a few songs, while my godfather Bobby Rush guests on Hustler and my old Canadian friend Colin James is on My Way Or The Highway. We all enjoy making music as a team.”

You’ll hear that camaraderie on Highs And Lows: a record that fuses stinging musicianship with songs written to soundtrack everything that life can throw at a man, for good and bad. Try the irresistible groove of Hustler: a funk gem written by Bernard with Andrew Thomas, whose horn-and-harp groove evokes the strut of the title character (“I’m a natural-born hustler,” he sings. “It’s all in my blood”). Or the masterful Last Night, which shifts tempo from an upbeat chop to a weeping slow-blues, capturing the changing moods of a man chasing his runaround woman.

As for the title track, Bernard says it speaks for anyone left bemused by life’s rollercoaster: “It’s a part of life, the ups and downs that everyone deals with.”

Right now, with a new album of stellar material to take out on his New Year tour, Bernard Allison is back in the ascendency – and the man can’t wait to return to his natural habitat. “The song So Excited is basically about the excitement of being able to be back on the road again,” he says. “I think everyone can relate to that.”