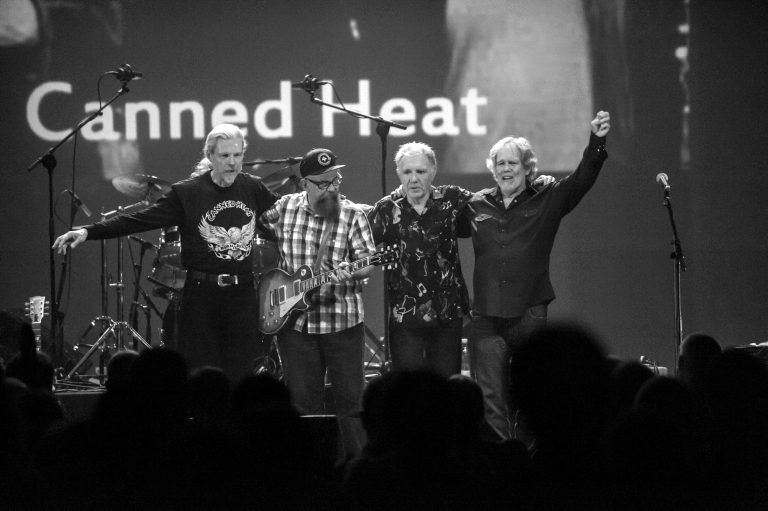 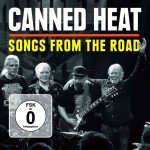 Musical trends may come and go, but those that truly resonate are timeless. Such is the case for the blues and it’s offspring, Rock’n roll and boogie music. And just as basic roots music has not only survived but also prospered, so have some of its “living legends” like Canned Heat.

Canned Heat rose to fame because their knowledge and love of blues music was both wide and deep. Emerging in 1966, Canned Heat was founded by blues historians and record collectors Alan “Blind Owl” Wilson and Bob “The Bear” Hite. Hite took the name “Canned Heat” from a 1928 recording by Tommy Johnson. They were joined by Henry “The Sunflower” Vestine, another ardent record collector who was a former member of Frank Zappa’s Mothers of Invention. Rounding out the band in 1967 were Larry “The Mole” Taylor on bass, an experienced session musician who had played with Jerry Lee Lewis and The Monkees and Adolfo “Fito” de la Parra on drums who had played in two of the biggest Latin American bands, Los Sinners and Los Hooligans.

The band attained three worldwide hits, “On The Road Again” in 1968, “Let’s Work Together” in 1970 and “Going Up The Country” in 1969 became rock anthems throughout the world with the later being adopted as the unofficial theme song for the film Woodstock and the “Woodstock Generation.”

They secured their niche in the pages of rock ‘n roll history with their performances at the 1967 Monterey Pop Festival (along with Jimi Hendrix, Janis Joplin and The Who) and the headlining slot at the original Woodstock Festival in 1969. The band can boast of collaborations with John Mayall and Little Richard and later with blues icon, John Lee Hooker, the musician that they initially got much of their musical inspiration from in the first place. This union produced the spirited and revered album, “Hooker ‘n Heat.” The band is also credited with bringing a number of other forgotten bluesmen to the forefront of modern blues including Sunnyland Slim, who they found driving a taxi in Chicago, Skip James, who they found in a hospital in Tunica, Mississippi and took to the Newport Festival, Memphis Slim and Clarence “Gatemouth” Brown with whom theyrecorded in France and Albert Collins.

On September 3rd, 1970, the band was shattered by the suicide of Alan Wilson. His death sparked reconstruction within the group and member changes have continued throughout the past three decades. On April 5th, 1981, at the Palamino in Los Angeles, gargantuan vocalist,Bob Hite, collapsed and died of a heart attack and on October 20th, 1997, Henry Vestine died in Paris, France following the final gig of a European tour. In 2008, singer/harmonica frontman Robert Lucas passed away from a drug overdose.

Despite these untimely deaths and assorted musical trends, Canned Heat has survived. They have performed at world-renowned venues such as Paris’ Olympia, both Fillmore Auditoriums, The Kaleidoscope, Carnegie Hall (with John Lee Hooker), Madison Square Garden and even Royal Albert Hall and have played more biker festivals and charity events than any other band in the world. They and/or their music have been featured on television (In Concert, David Frost, MervGriffin, Midnight Special, Playboy After Dark, etc.), and in films (“Woodstock,” “Flashback,” and “Forrest Gump”) etc. Their legend has recently been heard and felt in various television commercials (“On The Road Again” for Miller Beer, “Goin’ Up The Country” for Pepsi, Chevrolet and McDonalds, “Let’s Work Together” for Lloyd’s Bank, England’s Electric Company and for Target Stores along with other songs for 7-Up, Levi’s and Heineken Beer).

Now, more than forty-five years later and with thirty-eight albums to their credit, Canned Heat is still going strong. They have been anchored throughout the past forty years by the steady hand of drummer/band leader Adolfo “Fito” de la Parra. Joining “Fito” is original bassist Larry “The Mole” Taylor and New Orleans legend, Dale Spalding on harmonica, guitar and lead vocals. Chicago great Harvey Mandel is the regular guitarist but has been temporarily replaced by John “JP” Paulus while “The Snake” deals with serious health issues.

Fito’s book, “LIVING THE BLUES” tells the complete and outrageous Canned Heat story of “Music, Drugs, Death, Sex and Survival” along with over 100 captivating pictures from their past and is available through the band’s website at www.cannedheatmusic.com and at most popular book outlets.