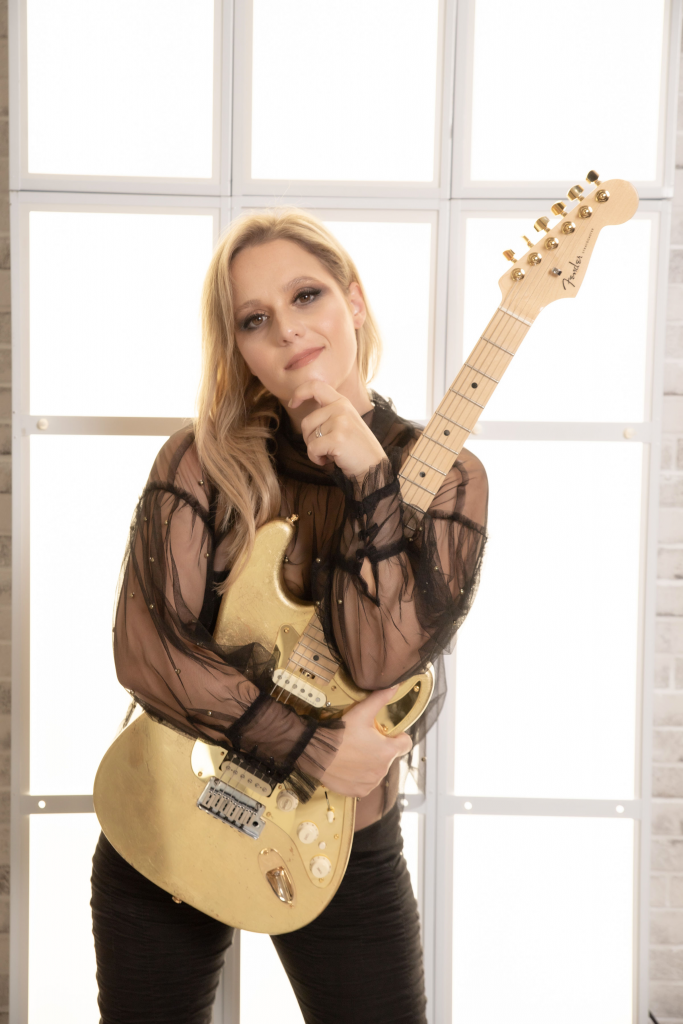 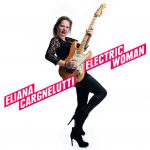 Its centerpiece is of course singer/guitarist Cargnelutti, who combines hotshot vocal swagger with impressive technical chops. During her young career, the Udine, Italy native has shared the stage with the best of the Italian blues scene while also dabbling in soul, jazz, funk and heavy metal. "I started out playing rock and metal," she reveals. "They'll always be part of my musical language." Indeed, cuts like "Just for Me" and "Show Me" confirm that hard rock and heavy metal are still very close to her heart. "You can hear many of my influences: Guns N’ Roses, Joe Bonamassa, Eric Sardinas, Susan Tedeschi, Aretha Franklin, Stevie Ray Vaughan and Led Zeppelin."

Though they'd met just once prior to the sessions in the fall of 2014, producer Castiglia was instantly smitten with this young talent from northern Italy. "Eliana is a very technically proficient guitar player, but she can kick you in the ass with her playing as well. She can certainly hold her own with anybody on the guitar end. Her vocal range is very impressive and reminds me of the great female singers of the 80s, like Joan Jett, Ann Wilson and Pat Benatar."

Having only just completed work on Girls With Guitars, her collaboration with Blues Caravan touring partners Heather Crosse and Sadie Johnson, Cargnelutti faced the pressure of creating a strong solo album on the fly. She rose to the challenge, wrote eight new tunes in just three weeks and came into the studio ready to go. "It was a test of me and my abilities," she reflects a few months later. "I did feel some pressure, but only because I wanted a good result. No efforts, no enjoyment!"

Covers of The Allman Brothers' "Soulshine", Savoy Brown's "Street Corner Talking" and AC/DC's "There's Gonna Be Some Rockin'" round out a diverse track list of rock-, blues- and soul-infused sounds. Castiglia lent a hand with the arrangements, helped polish the lyrics and added his own prodigious guitar talents to "Just For Me," the aforementioned AC/DC classic as well as the sizzling guitar duel that closes the album, "Eliana's Boogie." "My role as producer," says the Florida-based bluesman, "was to help Eliana achieve her vision as an artist. She was open to constructive criticism and was very professional. We worked extremely well together."

The album's most autobiographical cut – drafted by Cargnelutti just one day prior to the recording sessions – poses a key question for any young artist trying to make it in today's blues world: "Why Do I Sing The Blues?" The song reflects openly on a youth well spent ("the best of life under the sun"), her daily struggle to make ends meet as a professional musician ("teaching days and playing nights") and ultimately looks forward with hope and confidence to the opportunities of the future. "I'm ready to take on this great big world, it better be ready for me."

With help from a roomful of world-class studio talents, Eliana Cargnelutti literally broadens her horizons on Electric Woman – a convincing statement of this tough young artist's dedication and will to succeed on the international stage.