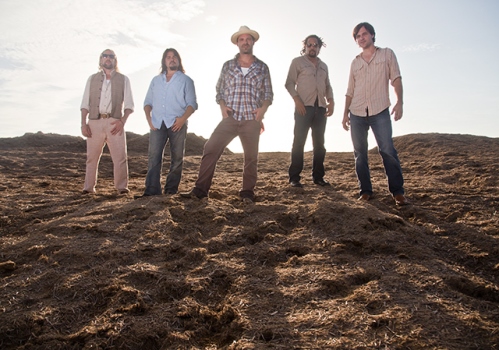 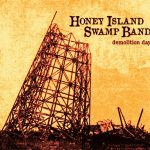 Take a late-night stroll through downtown New Orleans and you’ll hear a thousand flavours of music spill from the clubs. Spin the new album by the Crescent City’s new favourite sons, meanwhile, and you’ll hear a band who embody that eclectic spirit.

Take a late-night stroll through downtown New Orleans and you’ll hear a thousand flavours of music spill from the clubs. Spin the new album by the Crescent City’s new favourite sons, meanwhile, and you’ll hear a band who embody that eclectic spirit. “There are songs here for every mood, occasion or playlist,” explains Honey Island Swamp Band’s Aaron Wilkinson of Demolition Day, “so hopefully it will appeal to a lot of musical tastes. Just make sure you turn it up loud…”
Released in 2016 on Ruf Records, Demolition Day is the band’s fourth full-length studio release and marks a milestone in their career. The album title cuts deep. It’s just over a decade since Hurricane Katrina tore along the Gulf Coast, plunging New Orleans into devastation, but throwing together four Big Easy evacuees who found themselves marooned in San Francisco.
Aaron Wilkinson (acoustic guitar/mandolin/vocals), Chris Mulé (electric guitar/vocals), Sam Price (bass/vocals) and Garland Paul (drums/vocals) were already on nodding terms from their hometown circuit, but when the four men joined forces for a weekly residency at San Francisco’s Boom Boom Room, the chemistry was undeniable. By 2009, the lineup had released award-winning debut Wishing Well, enlisted Hammond B-3 wizard Trevor Brooks and placed one foot onto the podium of New Orleans greats.
Ten years and a thousand gigs down the line, that same battle-hardened lineup took just four days to track Demolition Day at The Parlor Recording Studio in New Orleans with famed producer Luther Dickinson (also leader of the North Mississippi Allstars and ex-Black Crowes guitarist). “We had a very tight window to record,” Wilkinson recalls, “so we had to minimalise in places and really pack a lot of emotion into each take. Luther calls it ‘the freedom of limitation’ and it really served us well on this album.”
As did the no-frills production ethos. “We’ve always wanted to record to two-inch tape, to get that old analogue sound,” say the band, “and this was our first opportunity to make it happen. Luther was the perfect producer to help us nail that old-school, authentic sound. He was great at keeping us focused on the spirit of each performance, not getting bogged down in details and perfectionism. That’s what we were looking for and what we needed.”
After all, polish isn’t necessary when you’re working with songs this strong. Across its eleven cuts, Demolition Day tips a hat to most of the great American genres, while adding the Honey Island Swamp Band’s inimitable thumbprint. There’s the spring-heeled slide-blues of “Ain’t No Fun”, the upbeat funk of “Head High Water Blues”, the cat-house piano and country-fried guitars of “How Do You Feel”. But then, on the emotional flipside, there’s also the reflective wah-guitar lilt of “Say It Isn’t True”, the mournful funeral-jazz slow-burn of “No Easy Way” and the heart-in-mouth acoustic confessional of “Katie”. “We’re diverse and complex people,” Wilkinson says, “and our audiences are as well. So we try to let our music reflect that.”
Just as eclectic are the lyrical themes. “They really are all over the map,” Wilkinson says of the topics explored on Demolition Day. “Some are rooted in reality and personal experience. ‘Head High Water Blues’ is a look back at the Hurricane Katrina experience now that ten years has passed. Much has been rebuilt, but much has not and never will be – and the song is more about the emotional scars that can never be fully erased. Others are just fiction and storytelling. We had the music for ‘Through Another Day’, and it sounded sort of old and epic and Southern, and that inspired this Civil War-era storyline that became the lyrics. Others are just sort of playful nonsense about life and relationships, like ‘Watch And Chain’.”
Demolition Day is just the start. You might experience these eleven tracks for the first time on your stereo or smartphone, but as Honey Island Swamp Band tour across the States and beyond in 2016, you can expect them to take on a life of their own. “These songs will continue to progress, develop and blossom,” Wilkinson says. “A record is a snapshot in time, a picture of where a song is at a particular moment. But we’ve never been the type of band to stick to one way of playing a song, so we’ll continue to let the music evolve. That’s what keeps it fresh and exciting for us – and we want to share that with our audiences.”