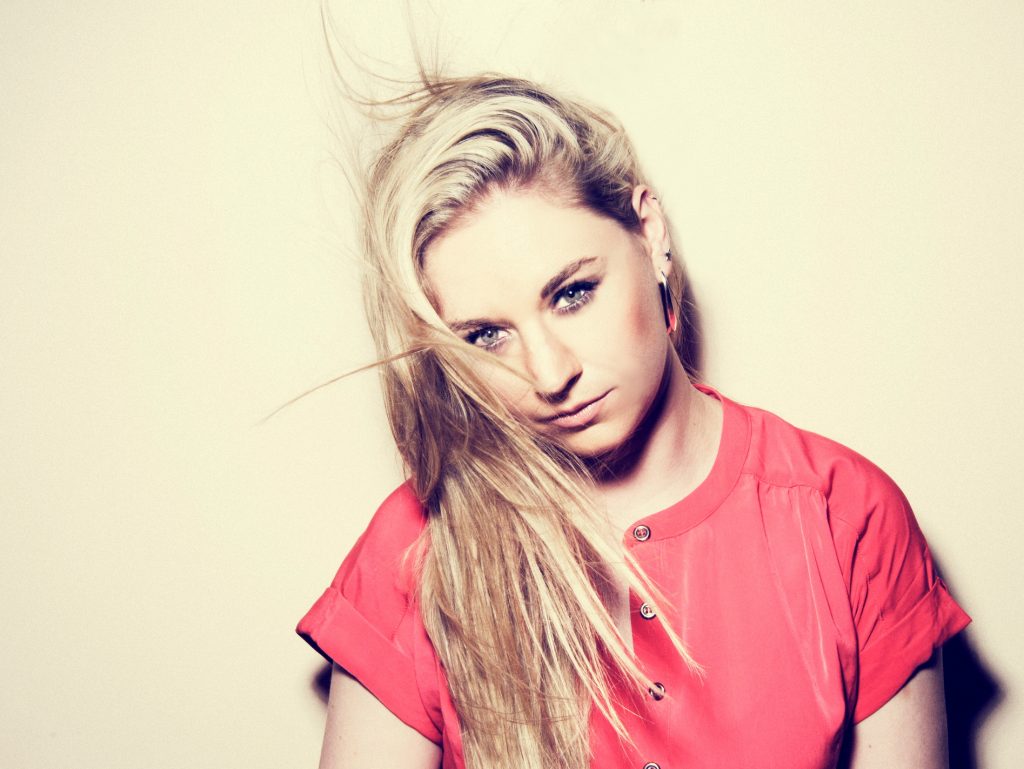 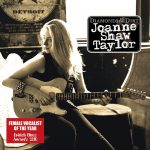 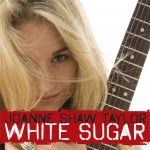 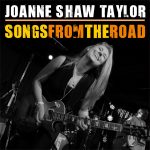 Hailing from the British Midlands, Taylor was discovered at age 16 by Dave Stewart of the Eurythmics, who recruited her to play guitar in his side-project D.U.P. Tours with Stewart and fellow band members Jimmy Cliff, Candy Dulfer and Mudbone Cooper provided a first taste of the international stage. Taylor then spent several years developing her craft as a guitarist and, in particular, as a singer and writer of original material. She signed to Ruf Records in 2008 and recorded her debut, White Sugar, with Grammy-winning producer Jim Gaines – a direct link to two of her greatest guitar heroes, Albert Collins and Stevie Ray Vaughan. The album became the best-selling artist debut in the history of Ruf Records and garnered a nomination as Best New Artist Debut at the 2010 Blues Music Awards.
Following 18 months of intense touring activity, including a stint on the 2009 Blues Caravan Tour, Taylor returned to Gaines’ studio outside of Memphis in 2010 to record her follow-up disc, Diamonds in the Dirt. Reuniting her with veteran session players Steve Potts and Dave Smith, Diamonds reflects a somewhat heavier sound, which Taylor attributes to her new musical environment: Increasingly in demand at clubs and festivals throughout North America, Taylor recently set up a new home base in Detroit, Michigan. “Detroit had an influence on the album and added to the vibe,” she says. “There’s a huge amount of incredible bands and musicians in this city and it’s been incredible to be exposed to them.” Still just 25, Taylor has already taken the first few hurdles on the way to a long and successful career.

When Annie Lennox paused her Diamond Jubilee Concert performance to let a white-suited, angel-winged blonde fire a soaring Les Paul solo into the sky above Buckingham Palace, uninitiated viewers all asked the same question. Who’s that girl? Needless to say, the music fans and blues-heads in the crowd already knew the answer. It was Joanne Shaw Taylor. The whisky-voiced singer. The midas-touch guitar heroine. The heart-on-sleeve songwriter. And now, the author of a classic third album that will plant her flag as the first lady of British blues.

Released on September 17 through Ruf Records, Almost Always Never is the sound of a bar being raised. Rather than riff on the same themes as her feted past albums, White Sugar and Diamonds In The Dirt, this third collection finds Joanne dodging expectations, writing the songs her muse dictates, diving in at the deep end with just her talent to keep her afloat. Recording in Austin, Texas, these 12 cherished cuts were nailed alongside Mike McCarthy – the producer whose gold-plated CV takes in everyone from Patty Griffin to Spoon – and the crack session team of David Garza (keyboards), Billy White (bass/slide guitar) and J.J. Johnson (drums). As you’ll gather from a cursory spin: they aced it.

“Mike comes from a different musical background from me,” explains Joanne. “He pushed me out of my comfort zone and allowed me to explore new territories. I never thought when I started on this journey that I would ever get to work with such an amazing array of talent. I've been a fan of J.J., David and Billy for years, and their performances on this album are exceptional.”

Ultimately, Almost Always Never is Joanne’s statement. From the savage Les Paul solos of Soul Station to the strutting rock hooks of Standing To Fall, this record will delight the fans who clutch the security rail at Joanne’s gigs, waiting to be scorched by her guitar pyrotechnics. Yet there’s tenderness too, and from her aching suicide-note to a failed relationship on You Should Stay, I Should Go to the title track’s touching refrain of “You crash, you burn/you live, you learn”, this eloquent songwriter has never sounded more open and honest. By the time you reach the slow-burn Lose Myself To Loving You, she has you by the heart-strings.

Faced with this game-changing third album, it’s astonishing to note that this prolific musician is still only in her mid-twenties. It’s been quite a ride. Three albums. Countless shows across the planet. A mantelpiece groaning with awards. Support slots with everyone from B.B. King to Eric Sardinas. And of course, that performance with Lennox in June – watched on television by 17 million viewers.

Joanne never imagined any of that at the start. Back then, she was just an ordinary Black Country schoolgirl, bored with the music she heard on late-’90s pop radio, rifling her father’s record collection and falling for albums by Stevie Ray Vaughan, Albert Collins and Jimi Hendrix. Guitars were “lying around the house”, she recalls, and at 13, she’d picked up her first electric and was practising “every minute”. At 14, she defied her teachers to play The Marquee and Ronnie Scott’s, and was starting to overcome insecurity about her voice. “I was never meant to be a singer,” she modestly told Classic Rock. “I’ve always had a deep voice. I think it came from my influences as a kid. When I was singing to records, it was guys like Albert Collins, Freddie King. As I got into my teens, I was a big rock fan: Glenn Hughes, Skin, Doug Pinnick. I wouldn’t get far on X Factor…”

Joanne left school at 16 and ran straight into her big break, as a twist of fate directed her demo tape into the hands of Eurythmics icon Dave Stewart after a charity gig. Reflecting on his first impressions, Stewart recalls that “she made the hairs on the back of my neck stand on end”, and his phone-call the following day proved the start of a lasting friendship, with Joanne seeking his advice on the industry and even accompanying his DUP supergroup across Europe in 2002.

Stewart offered Joanne her first deal, but when the label ran into financial trouble, it gave her the chance to regroup and work on her songwriting. Thus far, original material had perhaps been a neglected side of her talent – “I never really wrote songs until I was 21” – but once the dam broke, things moved fast. In 2008, Ruf won the rush for Joanne’s signature, and soon she was working with veteran producer Jim Gaines (Carlos Santana, Johnny Lang, Stevie Ray Vaughan), bassist Dave Smith and drummer Steve Potts on the songs that became debut album White Sugar. “We recorded it in this little backwater town in Tennessee,” she recalls, “and if we needed a break, we’d walk to the shop and buy root beer.”

When White Sugar dropped the following year, taking in gems like Bones and Kiss The Ground Goodbye, it turned out the rock press had a sweet tooth, with Classic Rock crowning it Blues Album of the Month and Guitarist noting that “she plays with more attitude and flair than most: massive potential here”.

Soon enough, the buzz was building, with Joanne both raising her profile supporting behemoths like Black Country Communion, and honing her craft on 2010’s Diamonds In The Dirt. This second album was another step up, from the explosive lead breaks on Can’t Keep Living Like This to the heavier influence of her adopted Detroit hometown on the crunching country-blues of Dead And Gone. Not bad, considering that Joanne had written the material in just two days and recorded it in under a fortnight. “It’s the dreaded second album curse,” she laughs. “You have ten years to do the first one, and ten days to the second!”

By then, she seemed unstoppable, with Diamonds In The Dirt proving not just a classic record, but also a skeleton key to every door in the industry. Having received a nomination for ‘Best New Artist Debut’ at the auspicious British Blues Awards for White Sugar, Joanne scooped consecutive wins in the ‘Best British Female Vocalist’ category at both the 2010 and 2011 events: a haul that cements her position, as Blues Matters magazine once put it, as ‘the new face of the blues’. Since then, she’s broken into the notoriously hard-to-crack US market, beaten the stereotypes of her age and gender, and won the respect of the giants.

“There are a lot of great guitarists and singers in the blues today,” says Joe Bonamassa. “What I see in Joanne Shaw Taylor that sets her apart from the rest is the ability to write a great song. Not only is she a killer guitarist and singer, but you find yourself walking away from her shows singing her songs as well.”

Here are 12 more songs to get stuck in your head. With Almost Always Never, the precocious blues star has blossomed into a full-grown talent, raised the stakes and given herself the dream setlist for her UK tour in October. “I’ve loved every album and recording experience I’ve had to date for many different reasons,” reflects Joanne. “I think what sets Almost Always Never apart from my two previous albums is the songwriting process leading up to it. I’m so proud of these songs. All 12 of them combine into one body of work. It’s the perfect and truest example of who I am as an artist to date.”