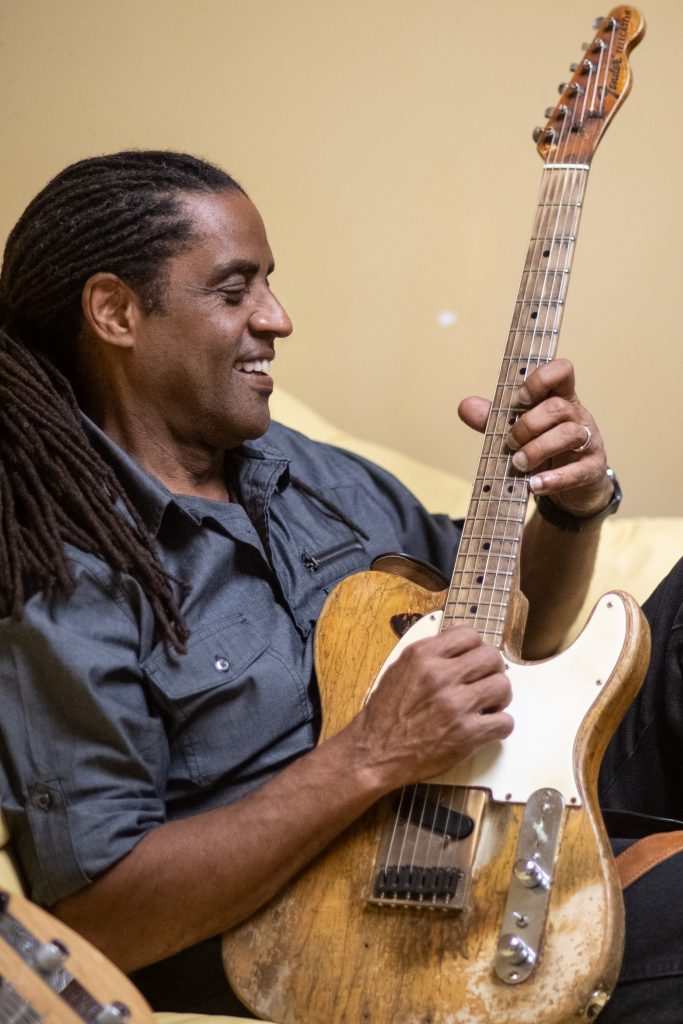 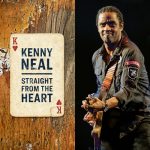 Down in Louisiana, they do things differently. The Southern state’s musical giants have always had their own distinct recipe for American roots: spiced with jazz, steeped in swamp-blues and cooked up a little differently by every artist who performs it.

As a second-generation child of the Bayou State, Kenny Neal has taken his own inimitable guitar, gale-force harp and roadworn voice all over the globe. But in 2022, the Grammy-nominated blues master’s latest album, Straight From The Heart, finds him drawn by the siren call of his hometown and musical ground zero, Baton Rouge.

“This is the first album I’ve ever recorded on my own turf, and it truly came straight from the heart,” says Neal, who both led and produced a crack team of local musicians at his own Brookstown Recording Studios. “All the tributaries of the blues converge here, flowing into one rich tradition.”

If there’s a guiding concept behind the eleven songs of Straight From The Heart, it’s Neal’s mission to wind back the reels of his life and channel the spirit of the music that crackled from the family record player in early years.

Neal couldn’t have picked better circumstances for his childhood. Not only was he born in New Orleans on October 14th, 1957 (a serendipitous flashpoint for any future bluesman). Better still, he quickly found an early inspiration in his father, the harp master Raful Neal, who blew a gale and moved in the same orbit as Buddy Guy and Slim Harpo.

Nature and nurture couldn’t help but rub off. At 13, Neal Jr was wowing the crowds in his father’s band; four years later, he was playing bass with Guy himself. His fabled period working with his siblings in the Neal Brothers Blues Band is still spoken of in reverential tones on the Toronto circuit whose roofs they blew off. But perhaps Neal’s true arrival came in 1988, when his first solo LP was reissued by the Alligator label as Big News From Baton Rouge!! and ears pricked up for a modern swamp-blues master who had the touch and voice of an old soul, but the vision and hunger of a young gun.

Stick a pin in Neal’s discography since then and you’ll strike gold, from 2008’s Let Life Flow (which shook up his playbook with a dose of Memphis soul) to 2016’s Bloodline (which not only scored a Grammy nomination for Best Contemporary Blues Album but won two Blues Music Awards). From Neal’s W.C. Handy Blues Award of 2005 to his 2011 induction into the Louisiana Music Hall of Fame, few contemporary artists are more decorated.

You’ll hear all of Neal’s travels in Straight From The Heart, but this latest album brings it all back home in every sense. Lining up in the studio alongside his Baton Rouge compadrés, the respect that Neal commands on the scene also drew some special guests, including hot-tip blues sensation Christone ‘Kingfish’ Ingram (who co-writes and plays stinger guitar on Mount Up On The Wings Of The King), pop royalty Tito Jackson (on Two Timing) and two songs with Rockin’ Dopsie Junior & The Zydeco Twisters. You’ll even hear Neal’s supremely talented daughter Syreeta drive the vocal outro of Two Timing.

“It was like a family reunion,” says Neal of the good-natured sessions. “It was excellent because I had all the musicians that grew up under me here in Baton Rouge. And just being in my own studio, not worrying about the clock.”

Straight From The Heart is a fitting title for a record that salutes the many loves of Neal’s life. There’s the brass-driven opener Blues Keep Chasing Me, which tips a hat to his recently departed friend, Lucky Peterson. There’s the touching piano-led Someone Somewhere, which salutes the beloved father who put him on this path. Elsewhere, Neal’s deep love for every side of his home state is underlined by the zydeco chop of Bon Temps Rouler and New Orleans, whose lyrics reference everything from “sippin’ on Hurricane” to “sittin’ on the Bayou catching catfish”.

Faced with such an open-hearted record, it’s impossible not to reciprocate. And as the world opens up and Kenny Neal embraces his natural habitat of the road, this Louisiana icon will bring a little bit of that Baton Rouge spirit onto every stage he treads. “It don't cost nothing to share a little love and a little respect,” he says. “And we can all rise above…”