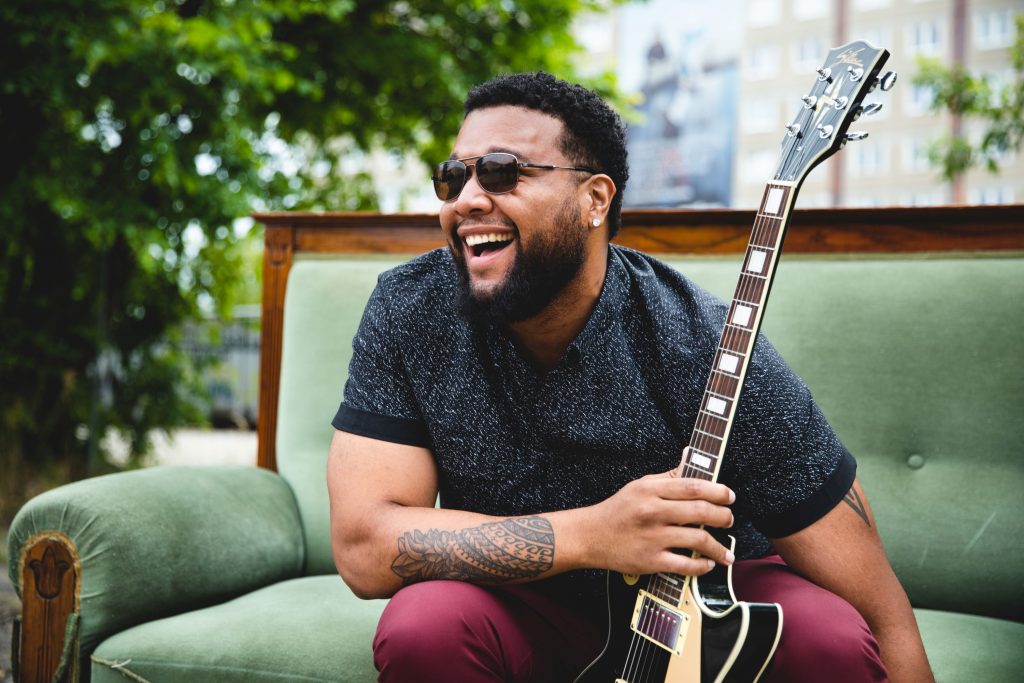 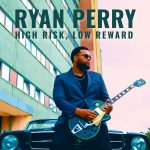 Like all the great artists, Ryan Perry isn’t afraid to rip it up and start again. Since 2007, the Mississippi bandleader has blazed a reputation in the award-winning Homemade Jamz Blues Band. But when it came to his solo debut, Perry took a leap of faith and trusted his talent to land him safe on the other side. Now, High Risk, Low Reward announces the touchdown of a solo artist to treasure. “This album,” he says, “was the hardest thing I’ve done to date.”

Although still in his twenties, Perry has the soul, scars and war stories to rival the most hard-bitten road dog. Rewind to 2007, and the singer/guitarist was just thirteen when the Homemade Jamz Blues Band took second place at the 23rd International Blues Challenge in Memphis. Already, the lineup of Perry and his siblings showed a ferocious musicality and emotional maturity that burnt down the house. “I learned more about life and the world while playing blues all over than I ever could in school,” he recalls. “And that knowledge has made me grow up faster, something I’m thankful for.”

A decade later, life’s triumphs and blows have made Perry an even more eloquent songwriter, able to capture human truths with his soulful guitar work and that fathoms-deep vocal. High Risk, Low Reward will thrill long-standing followers of the Homemade Jamz Blues Band. But the eleven songs that Perry tracked at Berlin’s Studio Erde with producer Roger Inniss will sweep up a whole new fanbase too. From the classic porch-blues vibe of his home state on the title track, to Hard Times’ torn-and-frayed ode to struggle in modern America, this is an album that touches every generation that hears it.

“Originally, I wanted to keep the Jamz vibes going into this album,” says Perry, “but while writing, I discovered my music taste has changed. This album branches out in some areas, holds on a bit tighter in others. What I can say is that I always play how I feel at that exact moment.”

When it came to the sessions, Perry and his studio band attacked these songs in Berlin. Ain’t Afraid To Eat Alone is funky and heartfelt, opening with a stinging lead-guitar intro that sets the standard. Homesick has a mid-tempo funk-blues lick and a heavy heart. “That song is about me wanting to leave home (the state, or the woman, you decide) so bad. But then realising I had everything I wanted back home, and wanting to come back.”

Elsewhere, Perry reflects on his own broken-down relationships. “Pride is me acknowledging my prideful (and sometimes toxic) ways and hoping I can change them before the one I love leaves me. A Heart I Didn’t Break is about loving yourself before you can love another, something I have only a slight grasp on at this point in my life. The title track is about investing too much into someone who gives too little in return. A lot of people can relate somehow – I just hope it never happens again personally!”

At other points, Perry writes about music itself, with Changing Blues considering where his beloved genre might roam from here. “That’s about how my opinions on music have changed over time,” he says. “Many people are so one-sided when it comes to the blues. But the blues has changed in the past twenty years – what will it sound like in twenty more?”

Wherever the blues scene goes, expect Ryan Perry to be at the head of the pack, still addressing age-old truths, but serving them up with a vigour and vision that chimes with fresh listeners. “The new generation of the blues is here now,” he nods. “And it’s here to stay…”