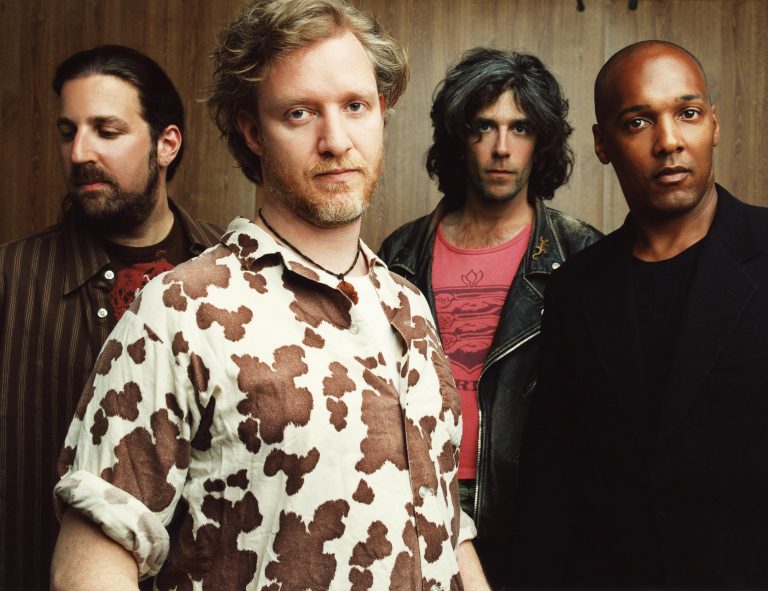 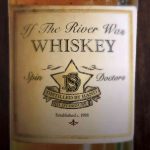 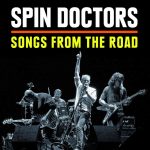 To the wider world, the Doctors might be the multi-million-selling icons behind hits like Two Princes and Little Miss Can’t Be Wrong, not to mention the classic Pocket Full Of Kryptonite. But in 2013, Chris Barron (vocals), Aaron Comess (drums), Eric Schenkman (guitar) and Mark White (bass) are reconnecting with the flat-broke twenty-somethings who scraped for dollars at the sharp end of the Big Apple blues circuit. The Spin Doctors have come full-circle.

You think you know the Spin Doctors. Think again. When the legendary New York quartet release If The River Was Whiskey on May 06th through Ruf Records, casual fans will discover the secret past the hardcore have never forgotten. To the wider world, the Doctors might be the multi-million-selling icons behind hits like Two Princes and Little Miss Can’t Be Wrong, not to mention the classic Pocket Full Of Kryptonite. But in 2013, Chris Barron (vocals), Aaron Comess (drums), Eric Schenkman (guitar) and Mark White (bass) are reconnecting with the flat-broke twenty-somethings who scraped for dollars at the sharp end of the Big Apple blues circuit. The Spin Doctors have come full-circle.

“We were four guys in our twenties,” remembers Aaron of early days in the late-’80s, “and our goal was to write our own songs and make a living doing it. The blues is such a big part of our roots, but one of the reasons we came up with such a big catalogue of blues songs back then is that we’d play these downtown blues bars in New York. You were supposed to play blues covers… but we were actually playing our own songs!”

We all know what happened next: the hits, the hysteria, the fame and the money (“When were selling 50,000 records a week,” remembers Chris of the band’s explosion circa 1992, “I’d walk into a mall to buy underwear and 300 kids would surround me!”). If The River Was Whiskey hits rewind. It’s the deep-blues album the Spin Doctors almost made before megastardom came knocking. It finally bottles those near-mythical songs from that sweatbox circuit. It’s simultaneously a tipped hat to the band’s lost past and the freshest record you’ll hear all year. “Every note feels dangerous,” smiles Chris. “It’s just like this ramshackle, broken carriage running down a cobblestone hill, with pots and pans, and a screaming baby…”

The concept to revisit these songs struck as the Spin Doctors toured Europe to toast the 20th anniversary of Pocket Full Of Kryptonite, and polled über-fans David Landsburger and Daniel Heinze on what they’d like to hear as the encore that night. Their answer – So Bad – was a song so old that Chris had almost forgotten the verses, but when the venue exploded, a lightbulb lit over the band’s heads. “We had such a good time playing these tunes,” the singer explains, “that we thought, ‘We should go make a record of this stuff’. It’s really brought us back as a band, musically and interpersonally.”

The songs on If The River Was Whiskey are different vintages. “Some Other Man Instead and the title track, I wrote those lyrics in the last year or two,” explains Chris. “But Sweetest Portion, I wrote that song when I was 19. I’d run away from home, and when I got back, my friends were really upset and there was a rumour going around that I had died. So I wrote that song – and I’m not sure if I’ve ever written a better one since.”

The material might be a quarter-century in the making, but If The River Was Whiskey took just three days to record when the four members convened last summer in New York. The original plan was to get together at Aaron’s His House Studios in Manhattan and work up some demos – no pressure – before heading upstate to a boutique analogue facility and start tracking in earnest. “We didn’t expect to make a record,” smiles Eric. “We were just going to make a demo and play at the Rockwood. And then, lo and behold…"

Instead, without the pressure of the red light, the sessions began to unfold with an effortless magic. “We just kinda winged it, man,”says Mark.  “This album sounds exactly the same as it does onstage, because we recorded it live, which is the way it should be done. There’s no overdubs. Anybody that tried to do an overdub was gonna get whacked!"

“We really kinda fooled ourselves and tricked ourselves, and I think that’s one of the reasons why it sounds so fresh,” picks up Aaron. “Because there was absolutely no pressure on us of any kind. We just hit a moment. Everything came together and we got this great record. Usually, the best things happen when you’re not trying… and that’s what happened here.” The band quickly realised the supposed rough-cuts captured by engineering ace Roman Klun couldn’t be topped. “By the third day,” reflects Chris, “we’d recorded all ten of the demos. We went out to dinner that night, we were all having a cocktail, and someone was like, ‘Gentlemen, I believe our demo is a record’. And we all just laughed.”

Take a spin of If The River Was Whiskey and you’d have to agree: they aced it. The Spin Doctors might have given you the soundtrack to the best nights of the ’90s, but with this new album, they’ve rediscovered a strand of their musical DNA that melds perfectly with the hits you know and love. “It’s been so refreshing to go back to this material,” says Aaron. “It’s just brought everything that’s good about the band out again. I can honestly say that we’re playing better than ever right now, and I think a lot of that is because of the material on this record: it’s just really opened things up. Some bands, you go and see them 25 years later and they’re up there going through the motions. But to me, we sound better than ever. We sound world-class now, I think.”

“We play about four or five tunes a night from this new album and they all work,” says Eric. “It just feels seamless, like any of the new tunes can sit with any one of the Kryptonite songs. And the band is just playing amazing now. It’s a pleasure to play with people that you’ve been playing with so long… and everybody’s still breathing!”

Likewise, when If The River Was Whiskey arrives on May 06th it’ll be a pleasure to toast the return of the Spin Doctors, and a new album set to score new fans while making the hardcore love them more than ever. “I don’t care about sales, man,” states Chris, honestly. “I mean, it’d be awesome if it sold millions of copies, but honest to God, I just want to keep making a living playing music. We get up onstage and we turn it on, and sing and play our hearts out. And that’s all I’ve ever wanted to do: just make real music, give people something from my heart.”