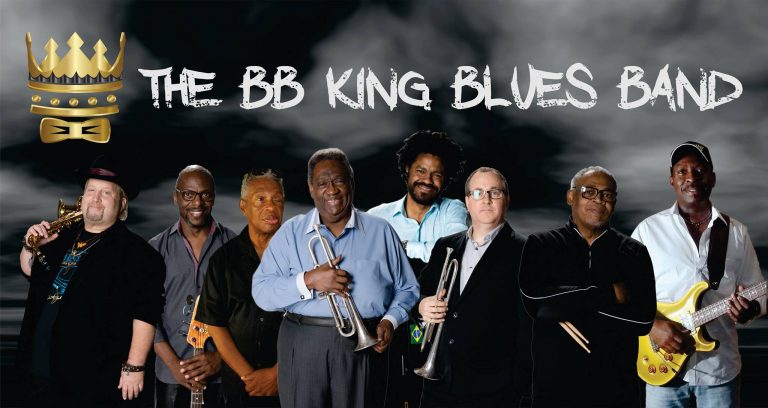 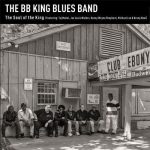 Long live the King. Four years since the passing of the great B.B. King, his towering influence over the blues world – and beyond – remains undimmed. From the long-standing fans still held spellbound by 1965’s classic Live At The Regal album, to the young guitarists adding a shiver of vibrato to an emotive solo, King’s music will never be forgotten. And this year, the iconic bluesman’s presence is felt stronger than ever, as his spirit imbues a star-studded new album, The Soul Of The King.

The term ‘legend’ doesn’t do justice to B.B. King. The eight-decade story of how a Mississippi cotton-picker rose to the heights of the blues – changing the genre forever with his soul-drenched voice and ‘one-note’ touch – is told by his acclaimed studio catalogue and fabled live shows. Now, as the men who walked alongside him every step of the way for over 35 years, The B.B. King Blues Band write the next chapter, on an album that salutes King’s classic songs and showcases their own. “It’s important,” nods executive producer Terry Harvey, “to continue what he started.”

Boasting several world-class songwriters in their ranks, The Soul Of The King finds the lineup supplying material that stands alongside their late leader’s catalogue. There’s the addictive brass-bolstered shuffle of Low Down. The slow-burn balladry of She’s The One. The spring-heeled funk of Taking Care Of Business, and trumpet legend James ‘Boogaloo’ Bolden’s own Hey There Pretty Woman. Joe Louis Walker gives a soulful hat-tip on Regal Blues – while the King would surely approve of Louisiana gunslinger Kenny Wayne Shepherd’s masterful solo on opener Irene Irene. As Harvey says: “This record is a representation of B.B.’s musical styles and influences, to those who never got to hear or see him live.”

In modern times, most musicians shrink from the challenge of covering King’s material, wary of being hopelessly exposed as they strain to capture the soul. But as the King’s faithful sidemen, this band of blues lifers have his music under their fingernails, and during sessions at Hollywood’s Paramount Recording Studios and Houston’s Lucky Run Studios, their performances soared. “After being with B.B. for 35 years,” says Harvey, “this band lives and breathes his music. It has become a part of them.”

Choosing songs from King’s sprawling catalogue could have been an ordeal. But for The Soul Of The King, the lineup made a smart move, letting the A-list guests dictate the material. “As the name artists joined the project,” remembers Harvey, “we picked songs from B.B.’s catalogue that we felt fit their voices. Our approach was not to stray too far from the original, but still to make it fresh. I want the world to remember B.B. and to introduce his music to the youth of today.”

Mission accomplished, with The Soul Of The King making a bracing return to some of King’s greatest cuts. There’s a heartfelt turn from Michael Lee on The Thrill Is Gone. Mary Griffin and Taj Mahal combine their vocal and guitar talents on Paying The Cost To Be The Boss. Kenny Neal lends poignant vocals and licks to Sweet Little Angel. “Recording with the different artists and the band was an enlightening experience,” reflects Harvey. “Everyone came in prepared, but when Mary Griffin came to record, she came in all bubbly – and nailed her vocals in two takes.”

They might have an illustrious history, but The Soul Of The King reminds us that The B.B. King Blues Band are a lineup moving forward, writing a love-letter to their fallen leader while staking their own claim in the modern era. “When we started this album, we wanted to let the world know the B.B. King Band is live and well,” explains Harvey. “And that we are continuing B.B.’s musical legacy…”