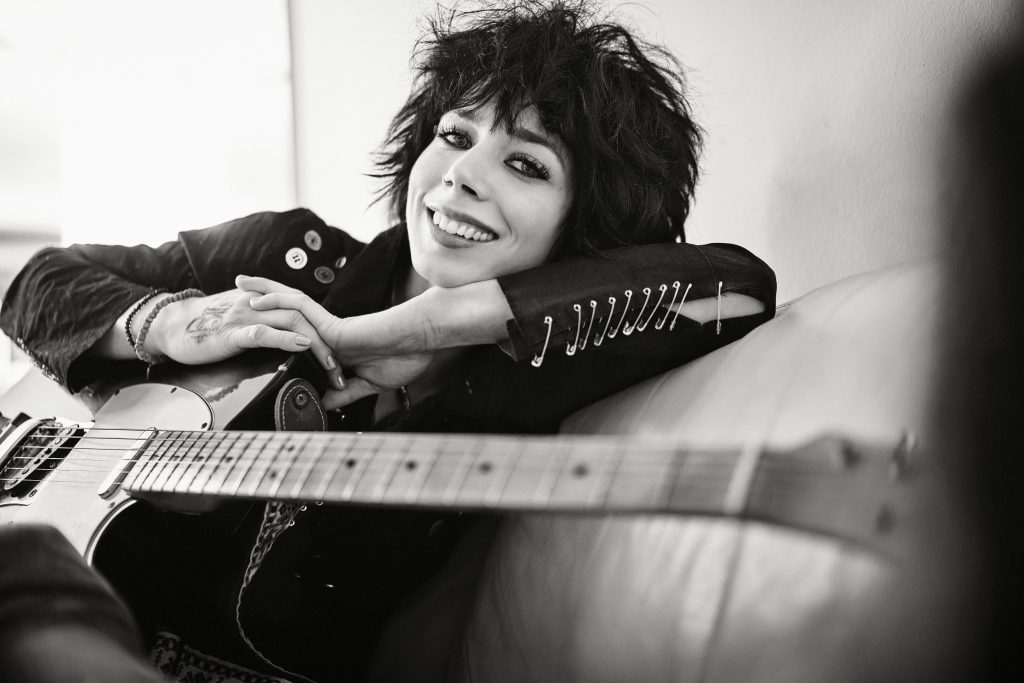 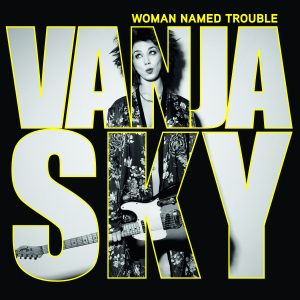 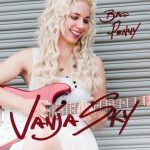 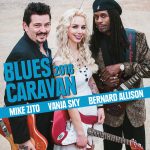 You’ve already seen the Croatian-born bandleader blow up Ruf’s 2018 Blues Caravan with songs from that year’s acclaimed Bad Penny album (“A first-class debut that’s well-placed to revitalise the scene”). Now, Sky returns with a hard-rocking second release that dares you to be her partner-in-crime. “If you asked people close to me,” she says, with a mischievous grin, “they’d say Woman Named Trouble is describing me.”

Sky knew she wanted to play guitar “right then and there” after a 2014 show near her hometown of Buzet, and she soaked up the influence of Rory Gallagher, Albert King and Stevie Ray Vaughan. But it was two years before she took a leap of faith, leaving her hometown and a career as a pastry chef to brave the music scene of Croatia’s capital city, Zagreb.

Even then, it took all Sky’s rebel spirit to fight her way into contention. The eyes of the music industry rarely turn towards Eastern Europe, and for all its merits, her homeland is no rock ‘n’ roll launchpad (“Everything is a challenge in Croatia”). But talent wins out, and label boss Thomas Ruf’s faith in Sky was quickly repaid by Bad Penny, plus Blues Caravan appearances that challenged tour veterans Mike Zito and Bernard Allison to raise the bar.

Building on the momentum, Woman Named Trouble debuts eight original songs penned by Sky with guitarist Robert Wendt, plus three classic covers – and a fistful of attitude. “This album has a classic blues-rock vibe, but with my own touch,” she explains. “And it’s much heavier than Bad Penny.”

Tracking at Hamburg’s Schaltona Studios with producer Roger Inniss, Sky caught her songs in the bottle with a studio band completed by Artjom Feldtser (bass) and Hanser Schüler (drums). For heavy riffage, try opener Rock ‘N’ Rolla Train, complete with a bee-in-a-bottle lick worthy of Angus Young’s playbook, and Turn It On, whose vicious intro breaks into a seductive vocal (“Can you stand the heat crawling up your spine,” Sky sings, “when she moves her hips, sucks your fingertips?”)

But Sky and Wendt’s songcraft goes far beyond blues-rock. Myriad genres are explored here, from the gorgeous Stonesy country-blues chime of Hard Times, to What’s Going On’s leap into trilling folk, and the mesmerising bass-led funk of Troublemaker. Elsewhere, there’s the stormy Voodoo Mama and the heartache of Call Me If You Need Me, while the rockabilly rave-up of Let’s Go Wild will make you do precisely that. “That song is about last New Year’s Eve in Stuttgart,” Sky grins – leaving the rest to our imagination.

Even when Sky takes on the titans of blues, she makes these covers her own. Her funky spin on Luther Allison’s Life Is A Bitch would surely make the great Chicago bluesman smile down, while Fleetwood Mac’s Oh Well rattles along with an instrumental virtuosity worthy of its creator, Peter Green. Finally, there’s Shadow Play – a highlight of Rory Gallagher’s 1978 album Photo-Finish, dragged thrillingly into modernity with a high-velocity new treatment.

Still just 26, Vanja Sky’s early career has moved equally fast. From dive bars and dead-ends to headline tours and supports with the mighty UFO – not to mention “meeting so many beautiful people on the road” – the highlights since 2017 would make that young Croatian gunslinger pinch herself. Now, Woman Named Trouble leaves no doubt there’s plenty more trouble to come. “Besides being tons of fun to make,” she reflects, “I think we did a great job with the music. I’m very proud of this album…”