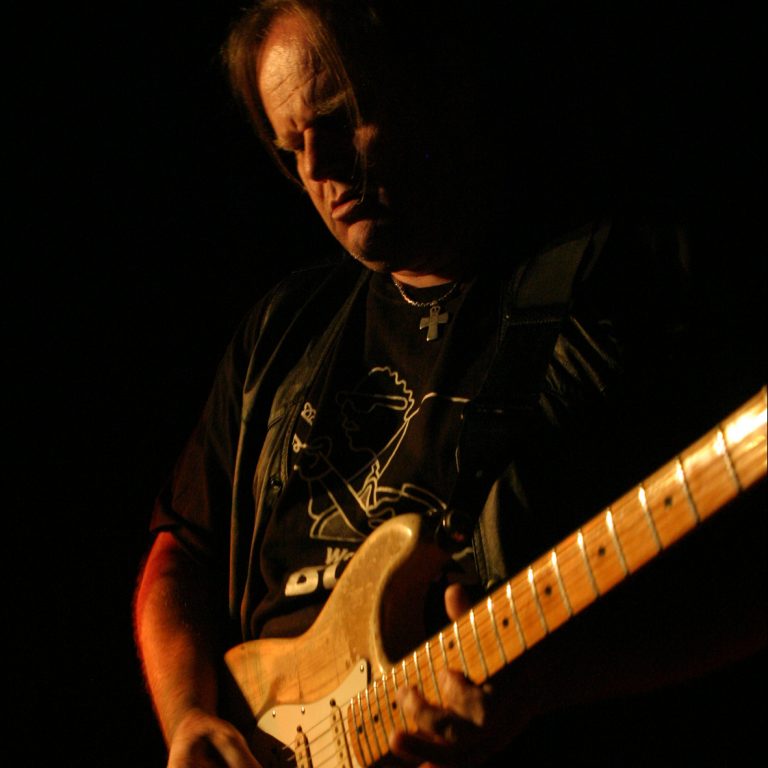 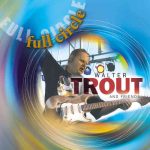 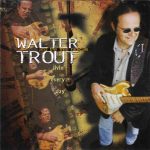 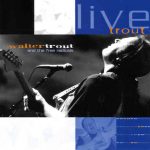 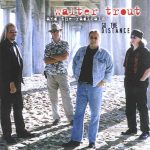 “People ask me if they should call my music blues or rock, I tell them they can call it ‘Fred’ if they must have a label.”

That remark, along with the exclamation that "the blues shouldn't be a museum... the music ought to constantly expand and be alive," have been expressed again and again by Walter Trout during his 35+ year career. With the release of FULL CIRCLE, the statements hold true as Trout and his musical friends demonstrate their appreciation of all shades of the blues genre. The album reflects Walter Trout's remarkable story, from his humble beginnings as a sideman in many a blues legends' band through his rising solo star, arriving as one of blues music's beloved interpreters.

Born in 1951 and raised in a music-loving home in Ocean City, New Jersey, Walter Trout felt the calling to music at a young age. His first instrument was trumpet, playing in the school band. A chance meeting with the mighty Duke Ellington catapulted Trout's pursuit of a professional music career - what Walter terms "a turning point" in his life - when the Walter's mother orchestrated a meeting with jazz legends Ellington, Cat Anderson, Johnny Hodges and Paul Gonsalves for the youngster's tenth birthday. The seed was planted about a career playing music.

In the mid-1960's Trout's instrument of choice switched to electric guitar after hearing an album which was to change his whole appreciation of music. The Paul Butterfield Blues Band featuring Mike Bloomfield cemented Walter's musical ambitions towards the blues genre and the electric guitar. In those vinyl grooves, Walter heard the guitar speaking to his soul, expressing what words could not. Walter Trout promised himself to learn this musical language and dedicate his life to the guitar. For hours, days, weeks, months he was locked in his bedroom practicing until his fingers bled - the obsession unfortunately turning the A-student into a high school dropout. As a shy teenager growing up in a turbulent household, his singular solace became his rapidly developing ability to express his feelings playing the guitar and his vision of becoming a professional musician.

In his late teens and early twenties, Trout played in numerous New Jersey bands, competing at the time for rank with "Steel Mill" featuring a young Bruce Springsteen. In 1973, he packed up his belongings in a VW Beetle and drove cross-country to the west coast, arriving in Los Angeles with only a few changes of clothes, a trumpet, a mandolin and his guitars.

He developed into an ace sideman, befriending and backing California blues artists, often being the only "white boy" in the black neighborhood clubs. His technique accelerated rapidly as he played with Finis Tasby, Pee Wee Crayton, Lowell Fulsom, and Percy Mayfield, among others. The extremely meager pay was compensated by the satisfaction musical expression brought the young musician. Unfortunatley he was also developing the detrimental habits of drug and alcohol abuse shared by many fellow artists. Walter often teamed with Hammond B3 wizard Deacon Jones and the apprenticeship continued in the bands of John Lee Hooker, Big Mama Thorton and Joe Tex.

By 1981, Trout's reputation led to the invitation to join venerable blues rock band Canned Heat, where he remained through 1984. In Canned Heat he quickly learned the ways of a touring musician, traveling the US and abroad, further refining his already stunning abilities playing night after night, and confirming his reputation as a top flight lead guitarist. Trout's substance abuse was further enabled in a band with a history of hard-partying.

When the call came to join the legendary John Mayall's Bluesbreakers, Trout jumped and found himself sharing the spotlight with fellow guitarist Coco Montoya. Trout and Montoya lifted the band to a new level, as Mayall's Bluesbreakers enjoyed unprecedented album sales and high profile tours in the US and abroad. Walter felt that playing with Mayall was as close to his childhood dream as he could get. At the same time Walter's unhealthy habits reached a fever pitch; the band's rider required a nightly bottle of Jack Daniel's for Trout's consumption. An epiphany came when the band was in East Berlin, doing shows along side of Carlos Santana. After seeing Walter playing in an intoxicated state, Carlos took him aside, and in a heartfelt conversation related that Trout was squandering the gift that God had given him. It was a turning point in Walter's life, as a master musician and idol confided an appreciation of the young man's talent and concerns of his self-destruction.... In fairly short order Walter Trout quit drugs and alcohol.

As Trout became clean, he felt he had more to give than a few blazing solos as a side man with the Bluesbreakers. A Danish record label and touring agency was already interested in his solo potential, after witnessing an inspired performance, when Walter led the Bluesbreakers band while Mayall was out with illness. Walter did much soul searching and decided it was time to go solo. He gathered musicians he knew from Los Angeles and called it The Walter Trout Band. The 1989 break with Mayall quickly segued into immediate extensive touring of Europe, playing large venues and music festivals, and his music was heard on mainstream radio. In the early 1990s Walter had several radio hits in Europe and charted with his unique style of blues rock. Throughout the decade, he continued a non-stop touring pace, releasing 8 recordings, steadily each lifting his profile higher.

His commercial and critical success in Europe kept him so busy outside of the US that his arrival back home found him only resting to go back to the frantic pace his popularity demanded overseas. Like many American blues and roots-music artists, Walter Trout had developed an incredible following in Europe, but came home to little fanfare. This was fine with Trout, as he now had started a family and his down time was a valuable escape from the world of touring and playing.

Amazingly, the self-titled WALTER TROUT, released by Ruf Records in 1998 was his first "official" domestic CD. Shortly after, the band renamed as Walter Trout and The Free Radicals and began an extensive touring pace state side, steadily building a fan base and bringing their high energy, impassioned live performances back home. It did not matter if he was on stage in front of 50,000 people, or performing in a small club for a couple hundred - what mattered to Walter was reaching people's hearts through his artistry and relaying the passion he had for all the musical styles which helped shape his sound.

Since then Ruf Records has released half a dozen CDs in the US and Walter effectively continued his frequent touring, splitting time more evenly between continents. His European fans have stuck with him as he has taken more time to build his fan base in America.

With the release of FULL CIRCLE, Walter Trout demonstrates his passion for music is just as great today as it was when he started his career as a teenager more than 35 years ago. He considers the new album a tribute to the people and the times that have helped shape his musical career, demonstrating how the many styles within the blues genre can co-exist and mutually enhance each other without fight for rank or authenticity. It's always been Trout's dream to break down the barriers between the labels which get attached to musical genres and show WHAT you call music is not important. Ultimately what the music makes one feel is the only thing that matters to Walter Trout.