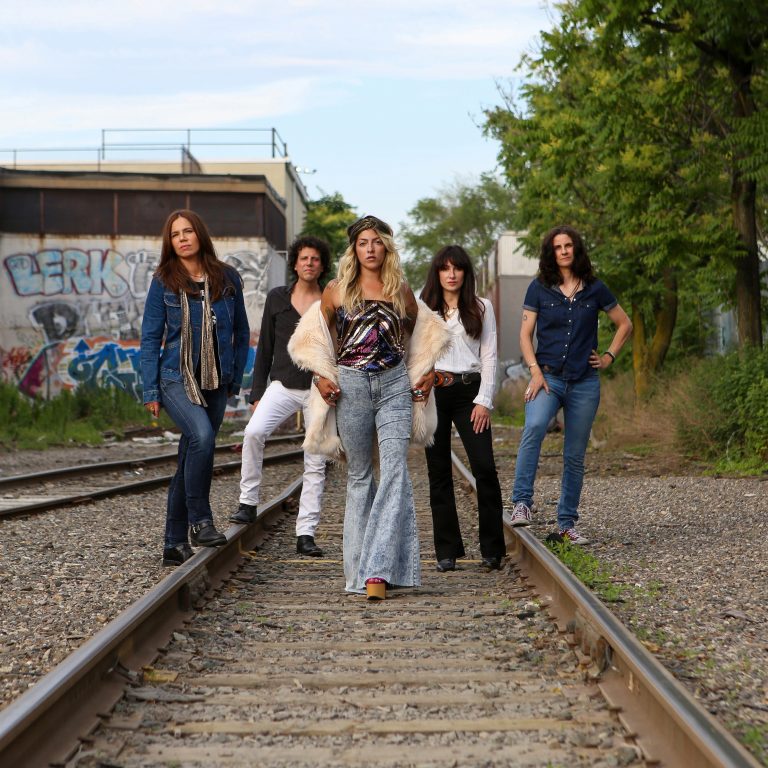 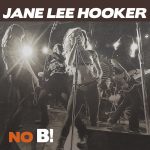 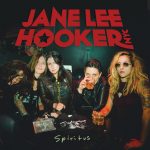 Tearing out of their native New York in 2016 with white-knuckle debut album No B!, these five rockers fuse the sticky thrills of golden-era punk and blues with a healthy slug of modern attitude.

How do you like your rock ‘n’ roll? If the answer is safe, sterile, sexless and spat out by the corporate machine, then move along. But if your wish-list takes in soul, swagger and smack-in-the-mouth stagecraft, then Jane Lee Hooker is the band you’ve been gasping for.
Tearing out of their native New York in 2016 with white-knuckle debut album No B!, these five rockers fuse the sticky thrills of golden-era punk and blues with a healthy slug of modern attitude. “Not a lot of bands can capture the excitement, sweat and charisma of the ’70s bands we grew up listening to,” they say. “But we can and we do.”
Released in April on Ruf Records, No B! might be a debut album, but don’t mistake Jane Lee Hooker for a pack of overnight newcomers. Between them, Dana ‘Danger’ Athens (vocals), Melissa ‘Cool Whip’ Houston (drums), High Top (guitar), Tina ‘T Bone’ Gorin (guitar) and Hail Mary Z (bass) boast sprawling collective pedigree, having dodged the bottles and put miles on the clock in bands like Nashville Pussy, the Wives, and Bad Wizard. Yet it was their fateful 2013 hook-up as JLH that brought fresh momentum. “We’re a gang, a family,” says the lineup. “We love playing with, to and for each other.”
Ten of these tracks find the band digging back into the blues songbook, exhuming a fistful of standards including Muddy Waters’ “Champagne And Reefer”, Willie Dixon’s “Shake For Me” and Albert King’s “The Hunter”. In each case, Jane Lee Hooker claims ownership, pouring on the rocket fuel until even the dustiest standard becomes a stinging punk-blues thrill-ride, driven by jackhammer rhythms, twin lead guitars and Dana’s scorched-earth vocals.
“We basically play songs we like, and they end up turning into something that has our own take on it,” says the band of their respectful-yet-rebellious approach. “Like Mean Town Blues: it’s such an amazing song, and our version pays tribute to that. We feel the spirit of Johnny Winter is with us on the ride.”
Meanwhile, it’s testament to the band’s own songwriting skills that original tune “In The Valley” stands shoulder-to-shoulder with the celebrated moments on the tracklisting. “We’ve been having a blast taking the spirit of these amazing classics we’ve been playing and developing a style to write our own original songs,” says the band. “There are thousands of masterpieces out there that so many people don’t even know about. And at the same time, there are enough shitty songs in the world – we’re not interested in adding to them.”
When it came to tracking No B! last year in Brooklyn, the five-piece were equally clear on their mission statement. “We told our producer, Matt Chiaravalle, that we wanted it to sound exactly like the album Hard Again that Muddy Waters and Johnny Winter did in 1977,” recalls High Top (who coincidentally chose her nickname after Mud’s shout-outs to Pinetop Perkins on that record). “It’s the album that both Tina and myself played along to when we were kids, to learn how to solo. I still think it’s one of the greatest albums ever recorded and some of the finest from Muddy and Johnny.”
In the era of cut-and-paste, computer-driven recordings, No B!’s production was as minimalist, and the results explode out of the speakers. “We played live,” continues High Top, “and we used no effects. We all played in the same room at the same time. Most songs were done on a first take. I don’t think we played anything more than twice!”
Make no mistake: Jane Lee Hooker is moving fast. In the three years since their formation, the band have already torn it up on some of the US circuit’s most prestigious stages, from New York’s Irving Plaza to Antone’s Record Shop in Austin, Texas. Now, with live shows booked through 2016 and No B! at the heart of their setlist, this five-headed punk-blues juggernaut is coming for your hearts and eardrums. “We play with the same passion to twenty people as we do to a thousand,” says High Top. “The secret is we’re having a ball playing together. We are doing it all for us, and we are happy anyone wants to come along. It’s like we are driving up to your house in a Camaro and throwing open the door — we hope you climb in, but if you don’t, we’re still going.”